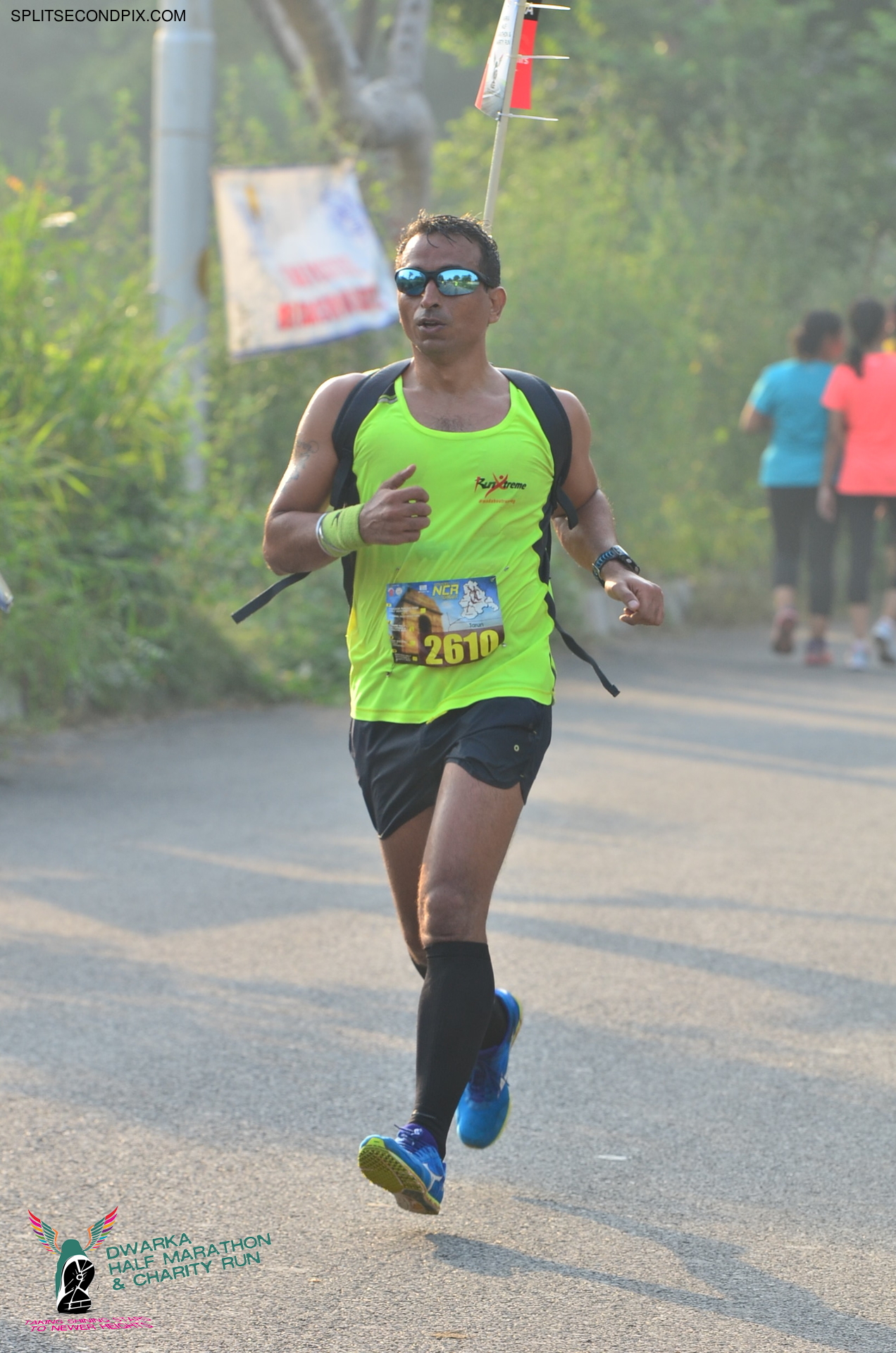 We are happy to announce Tarun Walecha as our Mentor for this 3rd edition of “Cairn Pink City Half Marathon.” He is an architect by profession, an amateur photographer, blogger, traveler, and a sports enthusiast. He is sincere, dedicated, and disciplined Runner who pursues his goals diligently.

He discovered running at the age of 40 as his fitness mantra. He is running for over 8 years now and has participated in 38 Half Marathons, 5 Full Marathon, and 10 Trail/Ultra Runs. In the year 2016, he did a self-supported run of 7 half marathon distance over 7 consecutive days in support of underprivileged athletes. And followed that up in the year 2017 as well and reached out to nearly 2000 athletes.

Tarun has a tremendous mentoring skill and he had been a pacer for many races as well. He co-founded a running group by the name of RunXtreme in March’ 2015 and have been spearheading its meteoric journey. At present they have a member base of over 4000 runners across Delhi NCR.

In his words: As an individual, I bring tremendous value to the group ‘RunXtreme’ by creating a happy cohesive and growing environment for all the participants. As a part of the group we not only encourage running but also create social awareness. We have organized Blood Donation Camps, supported underprivileged athletes and this year at Airtel Delhi Half Marathon 2018, we raised funds as a Gold Fund Raiser for Naz Foundation. It’s my belief that running is the tool for not only physical well being but mental and spiritual as well.

With these noble thoughts and running spirit on the top Tarun is all set to join and mentor our runners on 16th December in “Cairn Pink City Half Marathon”.

American Jessie Benson is an avid distance runner who loves the marathon distance the best, but she enjoys races of all distances from 1 mile to 26.2 miles (i.e. 42km for her Indian friends!) She currently lives in Minneapolis, Minnesota , where the weather is very hot in the summer and very cold in the winter.Jessie is a certified running coach who currently coaches athletes in the US and is looking forward to sharing her tips and experiences with the running community in IndiaShe ran her first marathon in 2005 after which she definitely caught the running bug. She has now run 27 full marathons, including 3 international races (Tokyo, London, and Berlin). She is on her way to complete her 6th World Major Marathon this November in New York City. She qualified for the Boston Marathon twice in 2016 and completed it in 2017. She also has the goal of running a marathon in each of the 50 US states and a marathon on each of the seven continents.

Jessie not a natural runner; she didn’t run at all when she was younger. It wasn’t until after she went to Chicago to watch her sister run the marathon there that she was inspired by what she witnessed at the race- so many people pushing themselves beyond their limits! She decided she wanted to run a marathon herself, so she found an online plan for beginning runners and completed her first marathon, the Twin Cities Marathon in Minneapolis, the following October.In addition to the countless health benefits of running, Jessie also quickly realized just how much joy running can bring, socially and spiritually. Running has given her opportunities to see the world; she believes that there is no better way to explore than in her running shoes. She loves to run in new places when she’s traveling (like Jaipur!) Running is the best way to explore and connect with other runners across the world. Though Jessie has trained hard to improve her running, she says its not about time or pace. There is room on the road for ALL runners, no matter the level, from beginners who are just starting with a walk/jog to elite runners.

Jessie says, “Everyone SHOULD run- it’s the best!”

An eminent international athlete marathoner of repute. She has completed 76 Full marathons till date and won 25 Golds, 12 Silvers & 13 Bronze medals across the globe in 26 countries and a total of 120,000 Kms covered in training. Record of more than 200 international Races include 123 Half Marathons in Marathon running carrier till 2010.
Having won international marathons in Asia in Bangkok, Singapore, Malaysia, Philippines, Indonesia and Japan, Egypt, Holland, Japan &among top ten in Paris, Melbourne – Australia, Macau, Poland, Italy, Istanbul, Belgrade, Las Vegas. She has done world famous Boston, Berlin &London Marathons.

In 1992 won the 3rd Asian Marathon Championship Gold & Bronze Medal in 1996For last one decade since 2006 Dr Sunita is involved with Marathon organization professionally as the ‘Elite Indian Marathon Runners Coordinator‘ with top 12 Marathons in India. Dr Sunita Godara has created a support system for Runners ‘Elite Marathon Club‘ Pan India. She is the Marathon Ambassador &Race Director for many City Marathons.Olympic Torch Bearer/Escort Runner at the Atlanta Olympics 1996.